Why Do Americans Still Believe in Water Divining?

Why Do Americans Still Believe in Water Divining?

Summary: Water divining is one form of magic that a large portion of the population would apparently still like to believe in, despite its inconsistencies. But by trusting science, you are no longer putting your faith in chance and can save hundreds of dollars by avoiding drilling dry wells.

Water divining – also known as water witching or dowsing – is quite possibly the only form of magic that is still believed in today by a surprisingly large portion of the American population. Water divining is one of the oldest methods of finding groundwater. It is highly controversial, as it has been known to work occasionally, but there is absolutely no scientific evidence to support it. It often consists of an individual using a forked, Y-shaped twig or branch, or two L-shaped wire rods to find groundwater. This person walks around with their tool of choice until they feel a pull on the branch or the wire rods cross. At this point, water is said to exist below the ground’s surface.

One of the reasons that some people still believe in water divining is the fact that occasionally, it does lead to the discovery of water. However, this could be explained by the fact that in some areas, there is enough groundwater for it to work, at least sometimes. In addition, the presence of groundwater can occasionally be determined by the type of vegetation growing in the area above ground. One of the biggest problems of water divining is the fact that even if the prediction of water turns out to be accurate, there is no way to determine the depth of that water source. Drilling for water can be very expensive, which is likely the reason why most people will at least contact a dowser prior to drilling. These drillers often get paid by the foot, regardless of whether or not they hit water, which can really drive up the cost of digging. If you are putting your trust into a water witch to find your next groundwater source, you are simply leaving it up to chance. 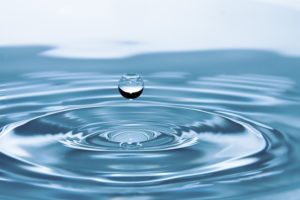 American Water Surveyors does not use water divining to find potential sources of groundwater – we use science. With computer software, seismoelectric pulses, cables and electrodes, we are able to conduct a full groundwater survey before any drilling occurs. These surveys not only find sources of water, but they give details on the amount of water found, the speed at which the water flows, as well as the approximate number of years that water supply will last. By using science, you aren’t just hoping for the best when you drill a well – you will know exactly what you’re getting. Knowing the depth and yield before you drill can save you hundreds or thousands of dollars in drilling costs. The EKS technology that we employ as part of our services are proven to work and have been successfully used for over a decade to determine the depth and flow of groundwater.

If you are looking to drill a water well, contact American Water Surveyors before you begin by calling us toll-free at 1-877-734-7661. We use state-of-the-art technology to find groundwater depth, yields, and suitability, prior to costly drilling. The transmissivity of water can be mapped from the surface, and yield can be estimated in gallons per minute or liters per second – no magic needed! Although we are based in Texas, our services are very portable, allowing us to bring our services to you, no matter where in the United States you are located.